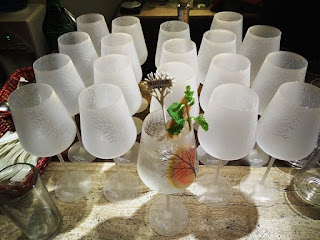 The Grand Wine Experience, a celebration now on its 17th year, now proudly brings you “Dégustation,” a culinary journey that will take you through a vast spectrum of exquisite flavors from all around the world.

Celebrated in a manner befitting royalty, it pays tribute to the grape elite, who traverse a gustatory wonderland that completely engages all their senses from beginning to end, with a red carpet treatment.

The Grand Wine Experience was founded in 2000 by the four Joseph brothers (Ralph, Robert, Ronnie and Raymond) of the Philippine Wine Merchants (in turn, founded in 1975), one of the biggest wine importers and distributors in the country, with strong market presence in both on-premise and off-premise sales.

Mainly aiming to raise local awareness about wines and spirits, it will be held on November 24, 2017, Friday, 5 PM at the Grand Ballroom of the Marriott Hotel, Newport City.

From a humble gathering featuring just 11 countries, the Grand Wine Experience has, since then, transformed itself to become Southeast Asia's most illustrious and grandest wine event,  now featuring wines and spirits from 22 countries.  Check out video here.

Just a month before this grand event, lifestyle bloggers were invited to the 1st Wine Blogging Wednesday Media Night "Prelude to the 17th Grand Wine" held at the Wine Museum Hotel & Resto.

Mr. Christopher "Chris" Quimbo, President and GM of Calabria Company Limited, introduced us to Novellino Wines, the most popular, locally produced, wallet-friendly sweet, soft and effervescent wine that has captured a third of the Philippine market.

Using a process that made wines suitable for a sweeter palate, Novellino has found a creative way to popularize wine appreciation in the country which is still a young market in terms of wine consumption and appreciation. Though they can’t grow grapes locally, Novellino has recreated the complexity necessary for wine making by importing grape juice from traditional wine making countries such as Spain and Italy. Their 15 different brands of wine are produced in their Canlubang, Laguna winery.

Kiichiro Iwai (1883-1966), founder of Mars Whiskey, dispatched Masataka Taketsuru (both were fellows back in Osaka University) to Scotland to learn whiskey making based on traditional Scotch. After he came back to Japan, Masataka’s report helped Kiichiro later plan the Yamanashi Distillery in 1960.

Trivento is the most diversely distributed Argentine wine brand in the world. Its Trivento Golden Reserve Malbec is a concentrated garnet-red wine whose lively red fruit aromas and silky tannins make way for a flood of sensations on the palate.

Prosecco (pronounce Proh-sehk-koh) takes its name from a quaint hillside town near Trieste, in Friuli-Venezia Giulia. Its Zonin Prosecco DOC Black Edition is made from Glera grapes blended with Pinot Noir to create a sparkling wine, where the intense aromatic notes of Glera are accented by the finesse and the elegance of Pinot Noir. 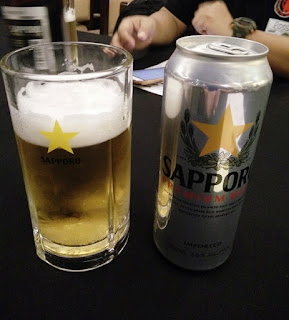 According to Mr. Koji Takaku (Sales Manager of Sapporo Premium Beer), Sapporo beer is the top selling Asian beer brand in the US. The oldest beer brand in Japan, it was founded in 1876.

Its Sapporo Premium Beer is a refreshing American Pale Lager style beer with a crisp, refined flavor and a clean finish, perfect to pair with any meal whether it be sushi or Chinese food meals.

Light-bodied, refreshing, clean on the palate, this rice-based lager has a nice dark gold color and smells incredibly bright, vibrant and fresh.

Mr. Mattheiu Lerat, of Moet Hennessy Brand Philippines, is the Heritage Brand Manager for Henessy VS, Glenmorangie Single Malt Scotch Whiskey and Belvedere Vodka. Hennessy VS, one of the most famous cognacs in the world, has an iconic bottle shape. The “VS” stands for “Very Special” and means that the youngest eaux-de-vie in this blend is at least 2.5 years old.

Belvedere Vodka, marketed as the world’s first super premium vodka, represents the pinnacle of the Polish rye vodka making tradition. Named after Belweder, the Polish presidential palace in Warsaw, whose illustration appears on its bottles, it is produced exclusively in Żyrardów, Poland and was launched in the United States in 1996 as a"luxury" liquor.

Glenmorangie Single Malt Scotch Whiskey, aged for 18 years and finished in Spanish Oloroso sherry casks, is made using malt barley.  It earned the Double Gold Medal at the SanFrancisco World Spirits Competition in 2010.

These well known and outstanding brands are among 500 of the world's most notable wines and spirits, fully ripe for drinking, that will join winemakers, wine connoisseurs, oenophiles, celebrities, dignitaries and the like in a single event, with a bounteous, never-ending buffet of the finest, most expertly curated dishes of Marriott Hotel Executive Chef Meik Brammer that will, once again, leave them absolutely breathless.

Despite the lavishness and luxury of the event, PWM has never forgetten their social responsibility.   Every year, to share their success and blessings, proceeds of the Grand Wine Experience are donated to ABS-CBN Lingkod Kapamilya Foundation, Inc., to Project Pink and to T.E.A.M. (Tourism Educators and Movers) Philippines. Chairman Robert Joseph, a well-known tourism advocate in the country, also uses this event for his advocacies in promoting the tourism industry of the Philippines with the help of the Department of Tourism. 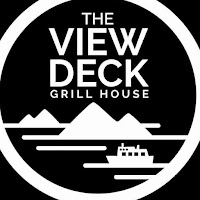 To culminate our first day in Coron, Chef Francis Christian "Janjie" Ocoma (the "Lakwatserong Kusinero") brought us, from Sophia's Garden Resort, to the town proper to experience the town’s newest chillout place – The View Deck Grill House (where Janjie is also its Corporate Executive Chef).

This barely two month old restaurant (it was just opened last August 28 of this year) can comfortably seat 70 patrons.

Too bad it was already late in the evening and rainy as this airy, roof deck restaurant is, as its name implies, a place to have a panoramic 360 degree view of the town, the offshore islands of Coron Bay and, come sunset, see the sun disappear behind Uson Island.  All this while dining, al fresco, with a cool drink on your side, on grilled food including their extraordinary supreme flame grilled burger with fried chicken fillet, said to be the yummiest burger in town. 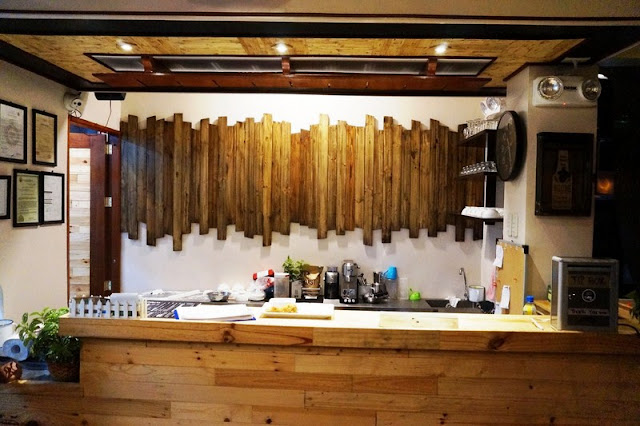 Janjie recommended we try out its set menu which consisted of a choice of two soups, both pastry-covered (Tomato, Herb and Cream Cheese Soup and Cream of Mushroom Cheese Soup) and an appetizer of Classic Style Buffalo Wings with Pesto Sour Cream Sauce.

This was followed by Baked Shepherd's Pie, a comforting, hearty and traditional English dish consisting of minced beef with gravy covered with cheese and mashed potatoes.

We then tried their deliciously creamy  Wrapped Signature Chicken Enchiladas (chicken and a creamy tomato sauce rolled up in tortillas), the crispy Country-Style Fried Chicken and their Grilled Platter consisting of an assortment of barbecued pork, chicken inasal, prawns and tuna.

For dessert, there’s a slice of the sinful and crowd pleasing Cheesecake and creamy, rich Tiramisu (a popular coffee-flavored Italian custard dessert).

Other items in their regular menu include Bacon and Cheese Quiche, Chicken Inasal, T-bone Steak, Pork Chop, Chicken Barbecue, Bulalo Steak, Baked Penne, Lasagna, among others. The restaurant also has a well-stocked bar. With its delicious food, excellent service and nice ambiance (great for family, group of friends and couples), it is probably the best dining experience you can have in Coron.

How to Get There: this restaurant is located near M. Lhuiller and Aquabest. It is on the topmost floor after the Mayana Spa.
Posted by Benjamin Layug at 20:00 No comments: Links to this post

As its name would suggest, this cozy, family-friendly boutique hotel, located in the middle of paradise called Coron, has a lush, spacious and nice central garden area with bamboo groves, mangroves and lots of trees (mango, duhat, casuy, etc.), a reflection of the owner’s love for gardens and landscaping. The name “Sophia” is derived from his granddaughter Ms. Annika Sophia Tiotangco. 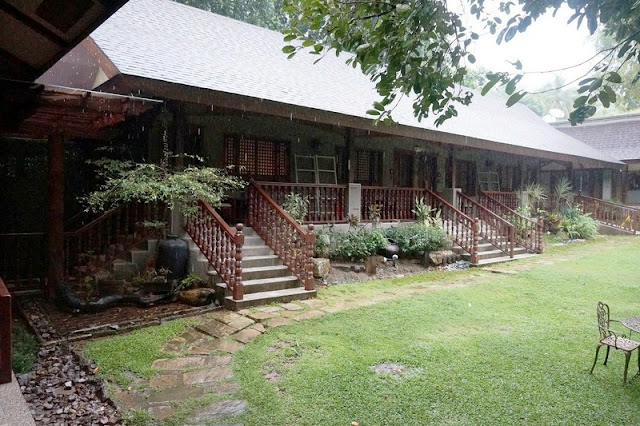 The spacious and clean airconditioned room that I stayed in (Room 17) was decorated in a Minimalist style and was elegantly furnished with a very comfortable bed a flat-screen cable TV, a wardrobe, work desk, mini fridge, coffee and tea making facility,  in-room safe, free bottled water and a patio with views of the garden and pool.

The nice en suite bathroom had a rain shower head with hot and cold water and comes with a hairdryer and free bath amenities. 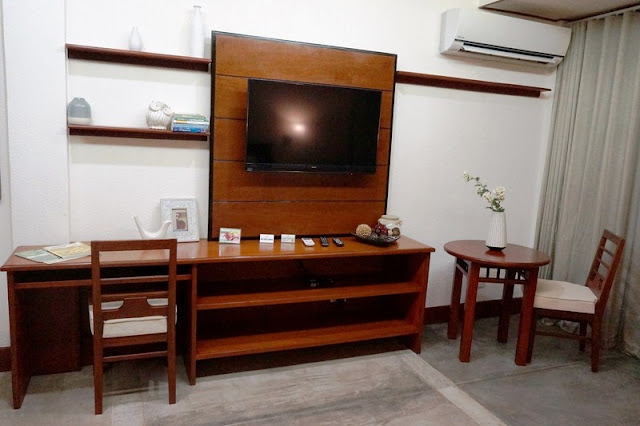 It also features a multi-colored outdoor swimming pool, kiddie pool and a heated jacuzzi, all opened till 10 PM, picnic gazebos and sun loungers.

Both poolside and lush, well-kept gardens offer a relaxing, serene vibe and, thanks to its large garden space, Sophia’s is a perfect venue for garden weddings.

Currently, the resort is undergoing a big expansion that will open up rooms facing the ocean, have a floating restaurant, beach front and dock for island hopping and pick up, so a little noise was experienced during the day.

Internet in Coron isn't the fastest or most reliable and can be pretty spotty.  Free Wi-Fi, though available, is much better at the reception area than in the rooms (which is limited to one gadget per person only).  Complimentary private parking is provided. Sophia's Garden Resort operates a 24-hour front desk that can assist with laundry and ironing services. Guests can enjoy a barbecue session with the provided facilities, or request for full body massage services (book in advance). Weather permitting, bonfires are lit every 6 PM. Round trip airport transfers are included in the room rate. They also have a gift shop and rents out bicycles.

A bar is also available and room service is provided. The staff was friendly and accommodating and the service provided was excellent. The package tours that they provided through resort-affiliated Amika Travel & Tours, with guide Mr. Jonel Vergara, were very good too. Security was superb.

Since its opening in 2012, this sister resort of Kamia Bay Resort (Luzviminda, Puerto Princesa City), received the Award of Excellence from Booking.com in 2014 and the Golden Globe Annual awards for Business Excellence as “Best Spanish Inspired Resort” and the Traveller’s Choice by Trip Advisor, both in 2015. Experience home away from home at Sophia’s Garden Resort.